BEIJING, Oct. 9, 2021 – China Petroleum & Chemical Corporation’s (HKG: 0386, "Sinopec”) Fuling Shale Gas Field – the first commercially developed and operated large-scale shale gas field in China – announced on October 8 that it has produced 40 billion cubic meters of shale gas, setting a new record for the cumulative production of shale gas in the country. The steady supply of a green gas source has benefited more than 200 million residents in over 70 cities across six provinces along the Yangtze River Economic Belt. 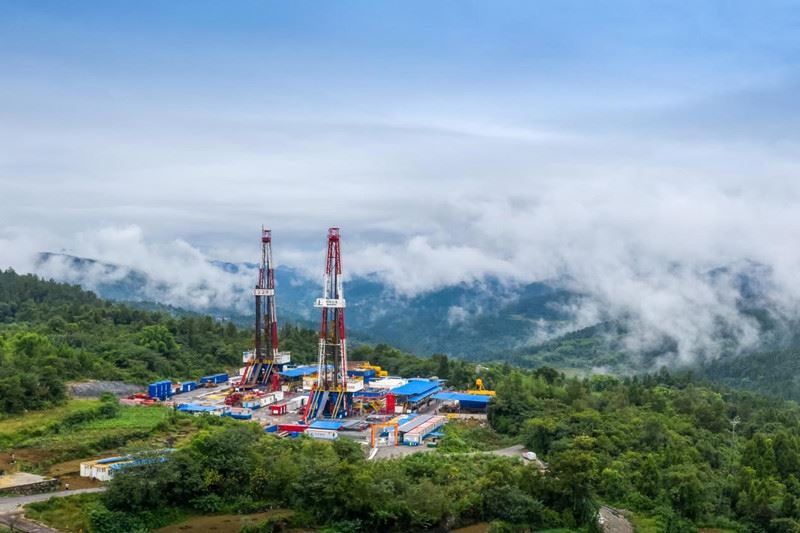 Shale gas is an unconventional natural gas that exists in the organic-rich mud shale and its interlayers in an adsorbed or free state. The main component of shale gas is methane, a clean, efficient energy resource and industrial chemical, widely used in residential gas, urban heat supply, power generation, automobile fuel and chemical production.

The Fuling Shale Gas Field is located in the Fuling District of Chongqing City and is one of the key gas sources of China’s Sichuan-East Gas Pipeline and a foundation of Sinopec’s promotion of gas popularization in the Yangtze River Economic Belt. The construction of the gas field began in December 2012 and at the time it was the world’s first major commercial shale gas discovery outside North America. The project entered commercial development ahead of schedule in March 2014 and became China’s first large-scale shale gas field with commercial development. It also made China the third country worldwide to achieve shale gas commercial development after the United States and Canada.

The gas field went into operation in 2017 as scheduled with an annual production capacity of 10 billion cubic meters, reducing carbon dioxide emissions by 12 million tons per year, which is the equivalent of planting 110 million trees or taking 8 million cars off the roads. The successful development of the Fuling Shale Gas Field has set a new milestone in China’s energy development history and opened a new chapter for the country’s energy revolution.

Now, the construction period of drilling and fracturing has been cut in half. The Jiaoye 1HF discovery well of the gas field has been in continuous production for more than 3,000 days. Another well, the Jiaoye 6-2HF, has produced more than 330 million cubic meters of gas as it maintains two records for the longest development time of domestic shale gas wells and highest single well cumulative production.

According to an assessment by China's Ministry of Natural Resources in October 2020, the proven total reserves of the shale gas field in Fuling have reached 792.641 billion cubic meters.

In November 2014, Sinopec was granted the “International Pioneer Award” by the 5th World Shale Oil & Gas Summit for the discovery of Fuling Shale Gas Field. In 2018, the “Efficient Exploration and Development of Fuling Large-scale Marine Shale Gas Field” project won the first prize in the National Science and Technology Progress Awards.

This Website is constructed by China Petrochemical Corporation. (hereinafter referred to as SINOPEC). Please read carefully the following terms...